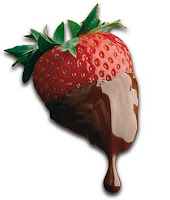 Men aren’t supposed to get all mushy-gushy, right? Well, that’s the stereotype from past practice, anyway. Men may not always like to call it romance, but they feel the same yearning to connect that women do, to give and receive physical expressions of love and to continue the rituals of courtship. In short, they want to “feel the love”…and they secretly want women to romance them. Now, let me clarify that the flowery stuff, the roses, and candlelight, just isn’t a guy thing. So skip the sweet little trappings and go for what’s guaranteed to work.

“Consider dressing for his tastes and not just yours once in a while,” says Barbara De Angelis, Ph.D., author of “Secrets About Men Every Woman Should Know.” “Take him shopping and have him choose outfits he would like to see you in.”

Remember, you’re doing this for him, not for you. And, as psychologist Ronald Goldstein, Ph.D., a marriage counselor in Newtown, Pennsylvania, explains: “Women should keep in mind that men are visually oriented.” Trust me, men find it very romantic when you step wholeheartedly into their little fantasy worlds. If they’re hard-wired to be turned on by visual cues, why not indulge them — and use it to your advantage?

Whether you’re playing footsie under the table or placing a hand on their shoulders while scooting behind their chairs, men find the touch of the woman they love unbelievably reassuring. In a treasured nonverbal language, it translates as: “I accept you… I love you… We’re a team.”

#3. Give Him a Night Out with the Boys — No Strings Attached

It may seem odd to you that a romantic gesture might not involve you at all. But dogs run with dogs, wolves run with wolves, and every so often, guys just have to break away and run with the guys (drooling and howling optional).

Men are famously incompetent at expressing ourselves verbally… but that doesn’t mean they don’t appreciate hearing a little praise now and then. In particular, they draw a lot of their identity from their maleness. Nurturing their big-ape fantasies — me Tarzan, you Jane — lets them know you value them as males, which is somehow important to the continued production of testosterone.

A quick insight into men: They all want to be heroes. Remembering to compliment your mate on being a great partner isn’t always easy in the middle of a busy day, but it’s a quick shortcut to making him feel wanted, needed, and loved, which is of course the ultimate point of any romantic gesture. And this positive reinforcement of your mate’s good behavior will yield big dividends later, as he subconsciously tries to live up to your glowing appraisal.

#5. Score Him a Pair of Tickets to the Big Game

Which would you rather receive from your mate: a weekend at a spa or a new set of cookware? The spa is by far the more romantic gift, if only because he doesn’t stand to gain anything from it. Gifts that don’t benefit the giver are somehow purer because they demonstrate you care only about making your partner happy. So when you’re thinking about gifts, try not to think about what you’d like to get him, but what he’d like to receive.

#6. Show Interest in His Outside Life

We live in a fast-paced world, and we all know it’s easy enough to get wrapped up in our own routines. But finding ways to let a man know you care about all aspects of his life, not just the parts he shares with you, is a great way to show you love the whole man. Shoot him a few well-directed questions about work to help him unwind, surprise him with a book relating to a hobby, track down a website that deals with some problem he’s having — all are touching gestures that will be well received.

Men want to be soul mates, too. Telling him a secret — symbolically letting him deeper inside you — demonstrates total trust in him and faith in your relationship. Because you’re making yourself vulnerable, it’s an incredible bonding experience. What works just as well: Encourage him to tell you a secret or two. And don’t laugh.